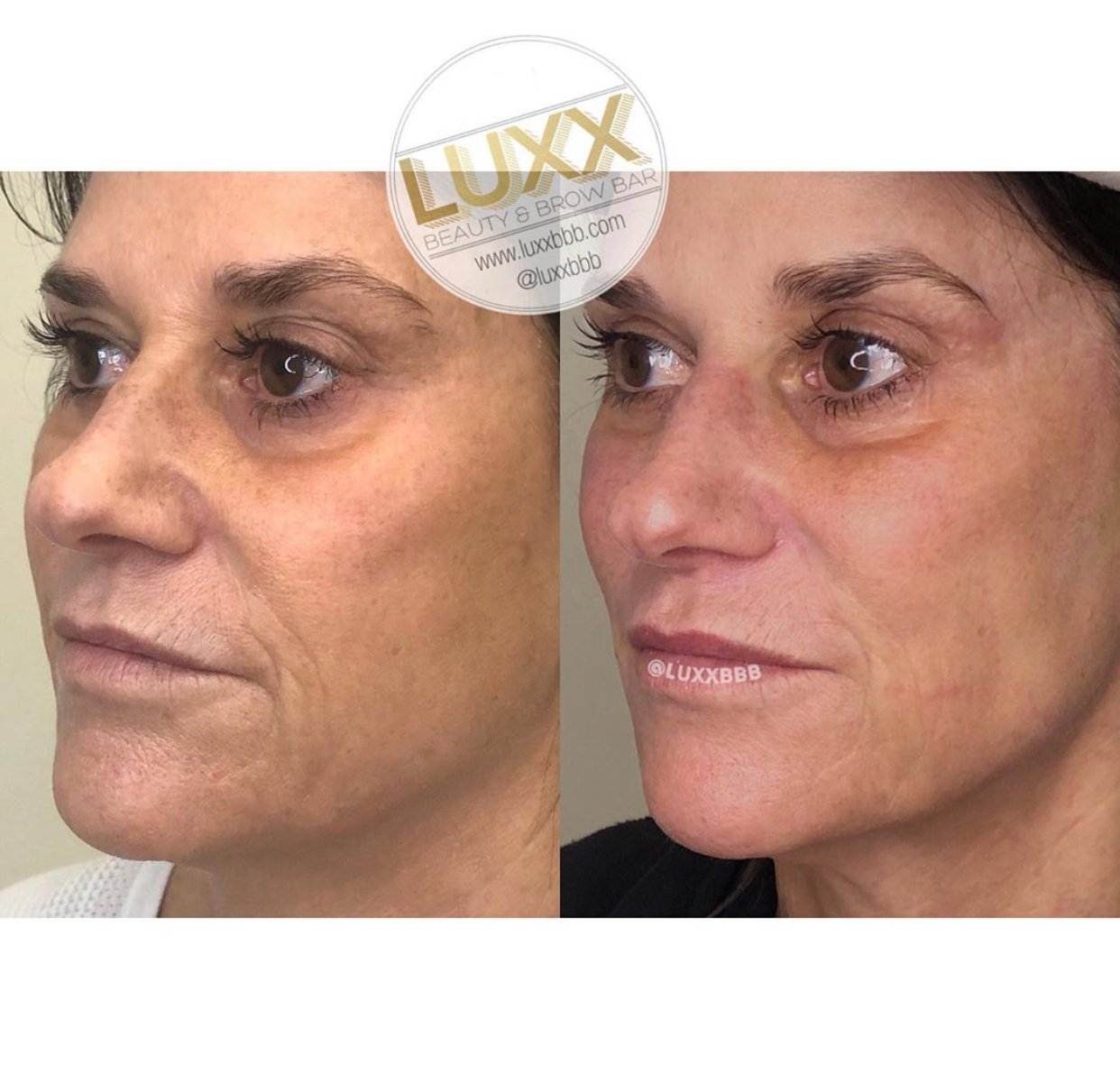 Fibroblast technology is a non-invasive advanced skin tightening enhancement procedure. It is a great alternative to invasive treatment and requires less down time while delivering phenomenal results.

Plasma is considered the fourth state of matter. Plasma is a cloud of protons, neutrons and electrons where all the electrons have come loose from their respective molecules and atoms, giving the plasma the ability to act as a whole rather than as a bunch of atoms. When gases in the air are ionized with the help of the Plasma Pen, a small plasma charge known as an arc is created and used to improve the appearance of problematic skin in an isolated area without spreading the charge to surrounding skin. The delivery of this energy in the form of plasma is used to target and improve the appearance of many skin conditions.